At RadiCover we believe the health risks of radio-frequency radiation are highly underestimated, partly based on the numerous studies by internationally recognized research institutions and groups with years of experience in this field. Repeatedly, these researchers have established an evident connection between mobile radiation and serious health effects  ranging from stress and headaches to an increased risk of brain tumors and cancer.

Protect yourself - not just your mobile phone! 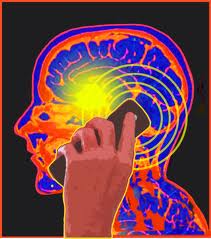 We firmly believe all consumers should take precautions and protect themselves as much as possible. This can be done partly by change of behavior, see our free advice here and partly by using equipment which reduces the radiation considerably - including RadiCover Mobile Bag, RadiCover Mobile Phone Flip Cover and RadiCover Air Tube Headset etc. We believe it is better to take these precautions now rather than wait 10 years to learn it might be too late. Especially when it is in fact already possible to protect yourself from the radiation at no higher cost than what you pay for ordinary products to protect your phone or tablet. All RadiCover products will protect not only your valuable mobile or tablet but will in fact also protect you.

Only 6%* of the participants in a survey are familiar with the recommendations from The Danish National Board of Health. Thus, at RadiCover, we find it irresponsible how the Danish health authorities downplay both their communication and recommendations regarding the use of mobile phones. In the spring of 2014 RadiCover asked Jysk Analyse A/S to carry out a representative survey in order to illustrate the use of wireless devices. The survey showed a mere 6%* of the participants knew of the recommendations from The Danish National Board of Health. We find this number quite disturbing, as Danes, like most people in the Western civilization, have a culture where we do not change our behavior unless told to do so by the authorities. For this reason, a vast majority of Danes today use mobile phones, tablets, baby monitors, Smart TV, wireless TV etc. to a large extend without considering the health risks for themselves or their families.

81%* aware of possible risk of radiation - only 10%* protects themselves!

This is confirmed by the fact that 81%* know of a possible risk of mobile radiation but only 10% are in fact taking protective precautions. When the Danish National Board of Health, WHO and the Danish Cancer Foundation all re-commend and refer to precautionary principals regarding the use of mobile phones, we find it is also their duty to thoroughly inform the public of these precautionary principals. Otherwise the recommendation can be seen only as half-hearted.

*Representative survey "The use of wireless devices in Danish homes" conducted April 2014 by the Danish reasearch companey Jysk Analyse A/S (Based on 533 phone interviews amongst a representative selection of the Danish public aged 18 and older).